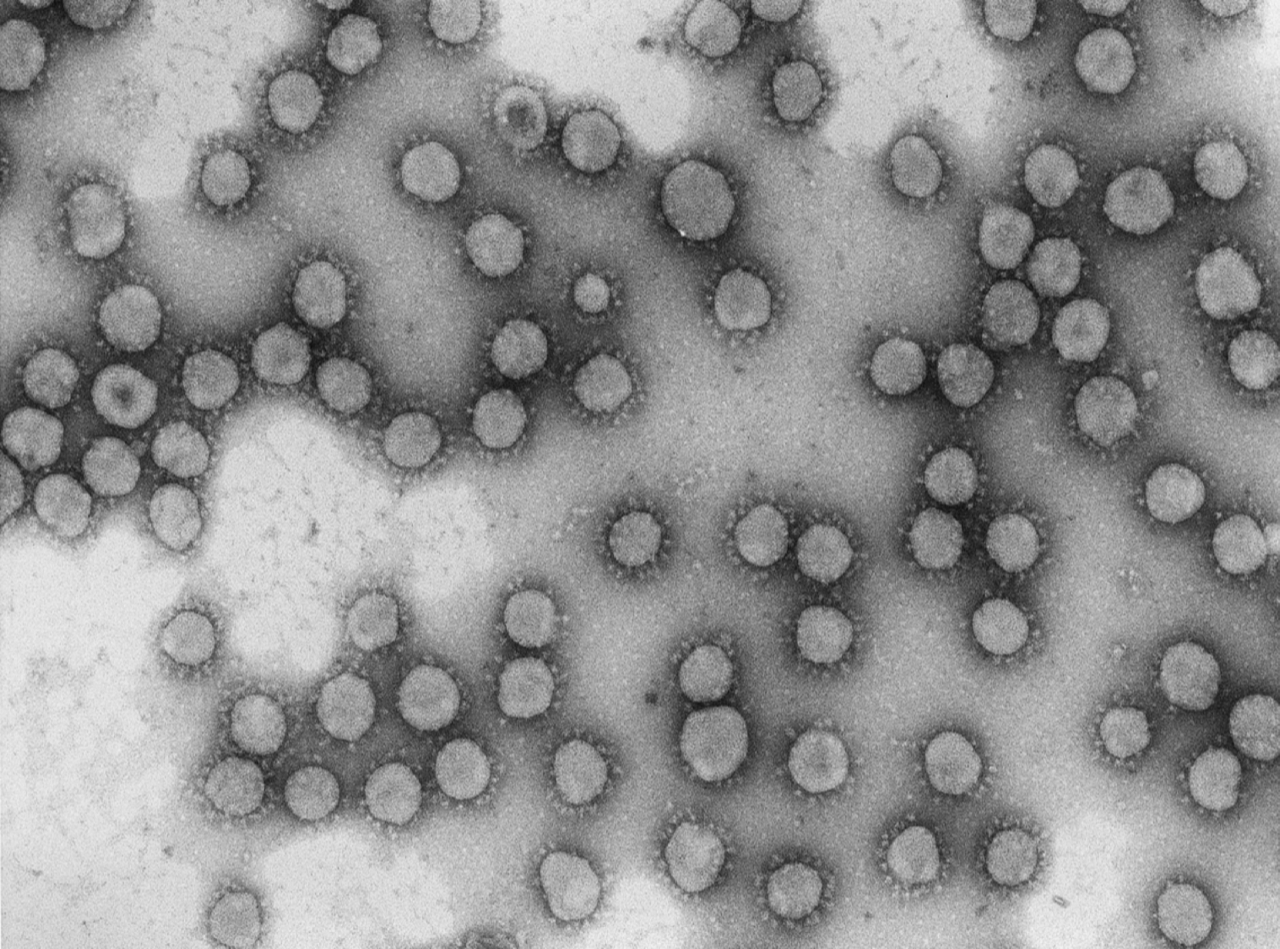 Since December 31, 2019, when the existence of several cases of atypical pneumonia of unknown origin, which were shown to be caused by a new coronavirus, SARS-CoV-2, were reported, the scientific community has organized at a speed without precedents to fight this virus and search for effective treatments for COVID-19, the disease the virus causes.

In this context, the Spanish National Research Council (CSIC) has just established the Global Health Interdisciplinary Platform (PTI), which mobilizes research groups from different CSIC centers to approach, in collaboration with other institutions, public administration and companies, through research and innovation, the most relevant objectives in this area. Initially, the PTI will focus on the study of the COVID-19 pandemic from a plural approach that covers all angles of this health crisis.

Several CIB Margarita Salas groups are part of this platform, and coordinate scientific projects to tackle the pandemic, from different perspectives.

Below, we summarize their main details.

The INFLACOVID Project, financed by the CSIC, will deal with the study of the inflammation mechanisms in SARS-CoV-2 infection, by establishing the viral determinants that modulate this process, using them to develop new strategies to control the inflammation that may result in possible treatments in seriously ill patients.

Identification of prognostic biomarkers for COVID-19 severity and progression is crucial to predict death risks in COVID19 patients (hyper-inflammation and exacerbated fibrosis) and, thus, to prioritize healthcare resources and to select adequate therapeutical treatments. COVID-19 pathology is secondary to defective type I interferons (IFN) and exacerbated inflammatory and fibrotic lung responses, and associates with an increase in pathological macrophages characterized by the expression of the MAFB transcription factor. As MAFB and MAF limit type I IFN and pro-inflammatory cytokine production, respectively, the project proposes MAFB/MAF-dependent genes as potential biomarkers for COVID-19. To address this hypothesis, and using transcriptional data generated at Drs. Corbí and Vega’s group and others, selected MAFB/MAF-dependent soluble factors serum levels will be determined in mild and severe patients in order to identify accurate prognostic biomarkers for COVID-19 severity and progression.

Microtubules play a crucial role in intracellular trafficking, constituting one of the most widely used routes for the entry and/or exit of virions in multiple infectious processes, including some triggered by beta-coronaviruses. The project developed by Dr. Díaz, financed by the COVID19-ISCIII Call, will study whether this component of the cytoskeleton also participates in the process of internalization and release of SARS-CoV-2. If so, these structures could constitute an effective target to stop the replication of the virus and drugs directed at tubulin, of which the group has a wide collection, could result in efficient antivirals against this virus.

They will participate in the project directed by Dr. Fernando Díaz. Different molecular transporter binding peptide sequences are being designed and synthesized by this group to conjugate with different fluorophores, including Luminescent Quantum Dots nanoparticles.

Dr. Ignacio Casal participates in a project coordinated by Dr. Fernando Corrales (CNB), with funding from the CSIC, which will deal with the study of the interaction of SARS-CoV-2 and the host at the proteomic level. Specifically, it will focus on the study of the RGD motif present in the protein S of the SARS-CoV-2 virus and the possibility that it may be blocked by antibodies, thus preventing the binding of the virus to integrins, which could constitute an interesting therapeutic target, alternative to ACE-2 receptor.

This group participates in a multidisciplinary project coordinated with Mª Jesús Pérez (IQM-CSIC) and financed by the CSIC, which will deal with the identification, design, and structural elucidation of inhibitors directed to the binding of SARS-CoV-2 with the ACE2 receptor, with the objective to block the entry of the virus into cells, which is a key step in the replication cycle of the virus.

The project led by Dr. Romero's group focuses on the design, synthesis and evaluation of SARS-CoV-2 cysteine protease inhibitors, based on previous work done with the SARS-CoV virus, and the similarity of the genome of this with that of SARS-CoV-2, causing the current pandemic of COVID-19. Specifically, new inhibitors will be sought against the two cysteine proteases of the virus: the main coronavirus protease (Mpro) and a papain-like protease (PLpro). The CIB group will participate in the cloning of the two cysteine proteases of the virus in order to test the enzymatic activity of the new inhibitors, which will be synthesized in the group of Organic and Medical Chemistry of the Jaume I University, collaborators in the project. Furthermore, the three-dimensional structures of the proteases bound to the most active inhibitors will also be resolved.

When a virus infects an organism, it hijacks the cellular metabolism of infected cells to provide itself with the energy and precursors for the synthesis of the macromolecules necessary for the generation of new viral particles. This project, funded by the CSIC, pursues the study of the metabolic reprogramming of the host induced by the SARS-CoV-2 virus. Knowledge of the molecular mechanisms of this process should be indicative of the evolution of the infection and would allow evaluating the efficacy of specific drugs that can reverse reprogramming of cellular metabolism.

Vimentin is a cytoskeletal protein that plays an important role in cellular entry and/or replication of certain viruses, including SARS-CoV, the virus causing the 2002 severe acute respiratory syndrome. Vimentin is also present in cells targeted by SARS-CoV-2, which causes COVID-19. The aim of the project initiated by the group of Posttranslational modification of proteins, led by Dr. Pérez Sala, is to elucidate whether vimentin interacts with SARS-CoV-2 structures, acting as a co-receptor for the virus, and, if so, design strategies to block this interaction that could have therapeutic potential.

There are several projects proposed by the CIB Margarita Salas that seek to find effective medications for the treatment of COVID-19 patients by repositioning drugs. The project, with funding from the CSIC, works on the identification of drugs in commercial use or on ongoing clinical developments that can immediately start a phase II / III clinical trial, based on compounds approved by the FDA or EMA and by virtual screening. Possible repositioning of GSK-3 inhibitors for the treatment of COVID-19 will also be studied.

This group develops a project to search for a novel recombinant DNA vaccine, with funding from CSIC, which introduces, instead of the attenuated parasite -or a fragment thereof- or a purified protein, the gene of a parasite antigen that induces protection against its infection. This group has the experience of having developed a vaccine with these characteristics, which protects against canine leishmaniasis and is already in Phase IV (request to the EMA for a manufacturing and marketing permit) and the industrial scaling process of the vaccine candidate has already been carried out, which, in the case of a SARS-CoV-2 vaccine, would significantly advance the industrial phase of manufacturing, human testing and subsequent production.

Luisa Botella, group of Translational research in rare diseases with vascular involvement: from the lab to the patients

The group led by Dr. Luisa Botella at the CIB Margarita Salas collaborates in the DRAINCOV project (Rapid Detection of Inmunoglobulins (secretory IgA, IgGs, and IgMs) for the early diagnosis of SARS-CoV-2) led by Dr. Francisco Jesús Gámiz (University of Granada). This project pursues the development of a portable graphene biosensor that provides sensitivity and precision comparable to that of the RT-qPCR, but in response times and ease of handling of rapid serological tests. The device would allow the detection of i) early infection (even asymptomatic) by quantifying secretory IgA in saliva, ii) the course of infection in the acute phase by measuring the concentration of IgM and iii) overcoming the infection and the individual's immunization potential by determining plasma IgGs.

Dr. Botella's group will contribute to the project with plasma samples from control population, collected between 2007 and 2017, and therefore free of SARS-CoV-2. In addition, they will collaborate with the group from the University of Granada in the preparation of transient transfections of the virus protein S in COS-7 and HEK 29 cell lines (both from the CIB Cell Culture Service and from the CIB group's own collection) in which the level of its expression (both RNA and the protein itself) will be determined.

Donation of compound libraries for pharmacological evaluation against SARS-CoV-2

The group of Microtubule stabilizing agents led by Dr. Fernando Díaz has one of the world's largest libraries of microtubule modulating compounds that has been donated to the CNB, to Pablo Gastaminza’s group, to be evaluated in the search for compounds that inhibit viral replication efficiently.

In addition, the group for Energy metabolism and drug development led by Dr. José María Sanchéz-Puelles has also donated the Sprestwick commercial library of compounds to the CNB, which contains a collection of more than a thousand non-patent drugs, from a great chemical and pharmacological diversity, as well as known bioavailability and safety in humans.

Both researchers participate in the project, financed by the CSIC, “Scientific, philosophical and social analysis of COVID-19: social repercussion, ethical implications and culture of prevention against pandemics” coordinated by Dr. Matilde Canelles, from Institute of Social Philosophy.