The Centro de Investigaciones Biológicas Margarita Salas (CIB-CSIC) is committed to the visibility, advancement, and promotion of the careers of women in science, and feels a strong responsibility to inspire and nurture female vocations in disciplines within the STEMM (Science, Technology, Engineering, Mathematics, and Medicine). 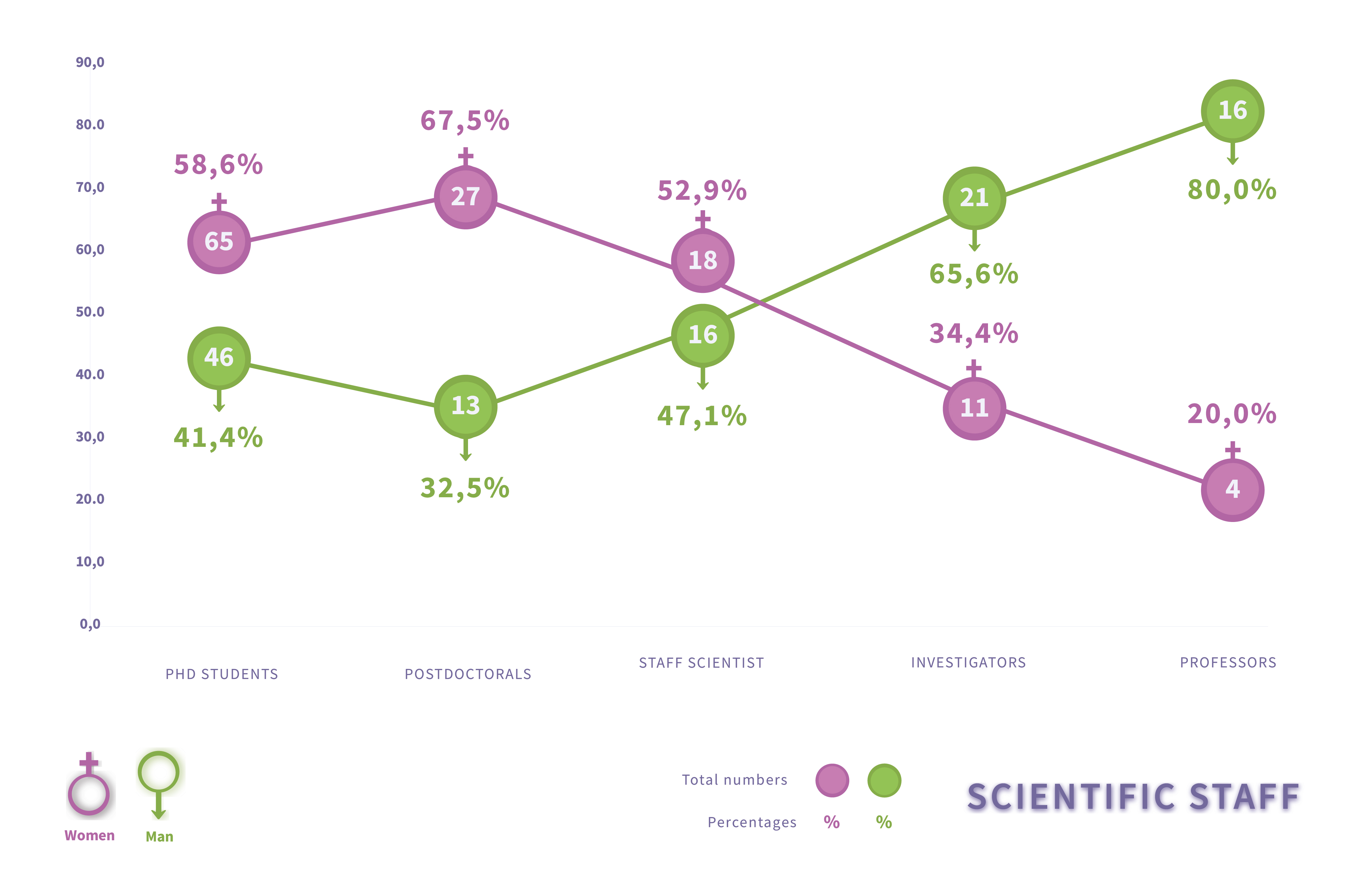 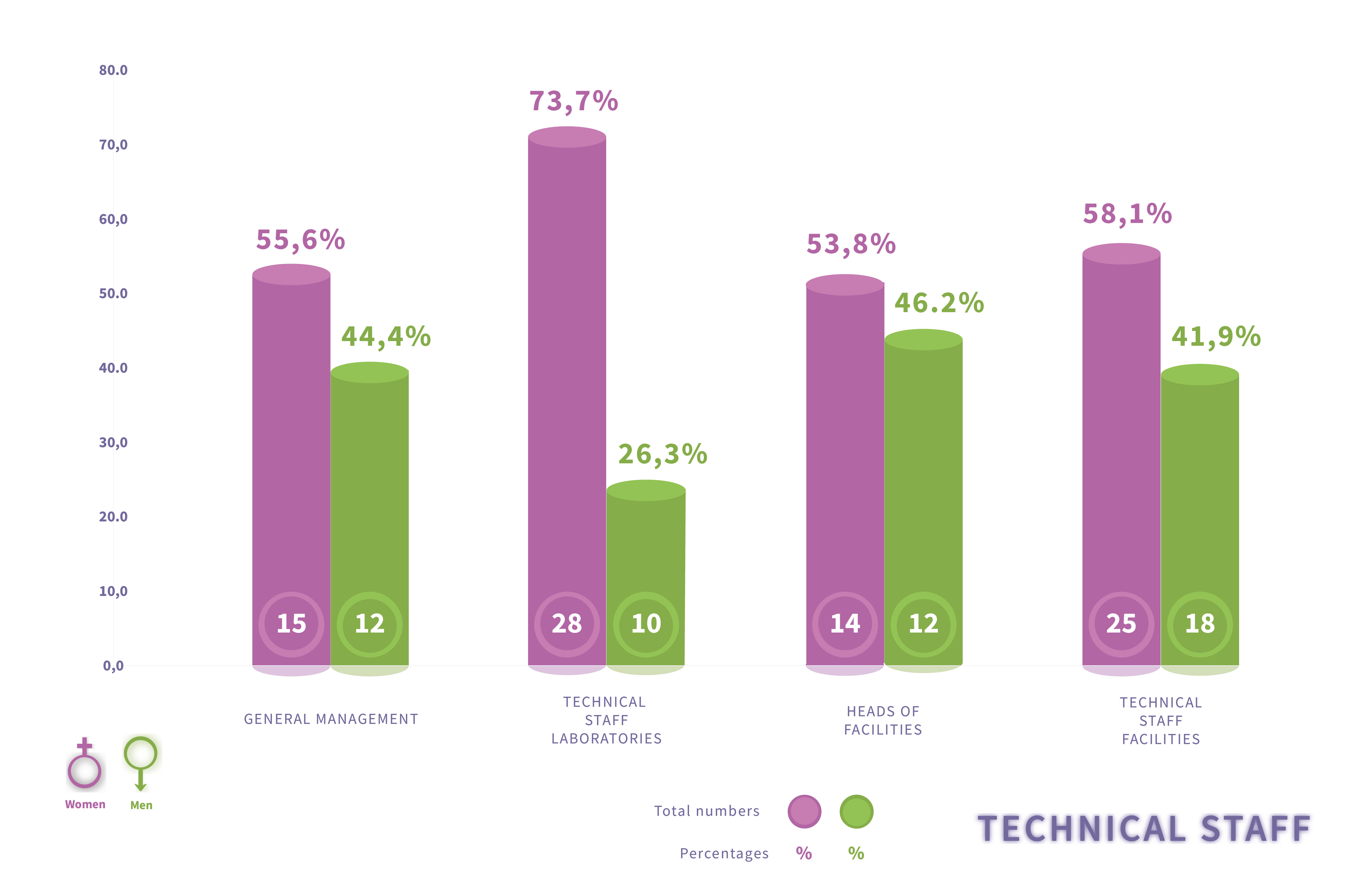 For over a decade, CIB Margarita Salas has presented biannual sex-disaggregated statistics of women scientists in the center’s scientific report. Currently, out of a total staff of 365 people, 55,9% are women. Within the scientific staff, the number of predoctoral (58.6%) and postdoctoral (67.5%) women decreases when progressing in the scientific career, reaching 20% of Research Professors, only 4 in our center. Regarding the scientific-technical staff of the center, both in scientific facilities and laboratories, there is a significant presence of women, particularly among the technical staff of the laboratories, where it reaches 74%.

In February 2021 the Center's Gender Equality Commission was set up to develop and promote measures to achieve real equality, establishing equal opportunities between women and men (sic. II Equality Plan of the CSIC).

Female scientist members of our faculty board are and have been part of the Commission of Women and Science of the CSIC, a pioneering committee in Spain formed in 2002, that ensures recognition of the work of women scientists and the progression in their professional work lives, as well as promoting the study of the possible causes hindering women from advancing in their scientific careers and proposing different actions to achieve equality between women and men.

The CIB Margarita Salas has a special interest in highlighting the work of women scientists and their role in society. In this context, the CIB Margarita Salas actively participates in the annual campaigns of visibility of women scientists at all times and particularly on February 11th (International Day of Women and Girls in Science) and March 8th (International Women's Day), presenting lectures in schools and institutes and participating in events specifically designed to celebrate these commemorations.

All committees and selection boards in the CIB Margarita Salas meet parity criteria, which additionally tries to facilitate the reconciliation of family life with the research of scientists, both men, and women. CIB Margarita Salas complies with the current regulation for maternity/paternity leave and supports offering the optimal conditions for pregnant women at work. There is a private breastfeeding room available for mothers who choose to return to work whilst still breastfeeding. Moreover, CSIC has a kindergarten available for children whose parents work at any center of this organization.

MEMBERS OF THE GENDER EQUALITY COMMISSION

If you want to contact the Commission, make a suggestion or report an incident, write to igualdad@cib.csic.es

Working group on gender issues of the European Research Council