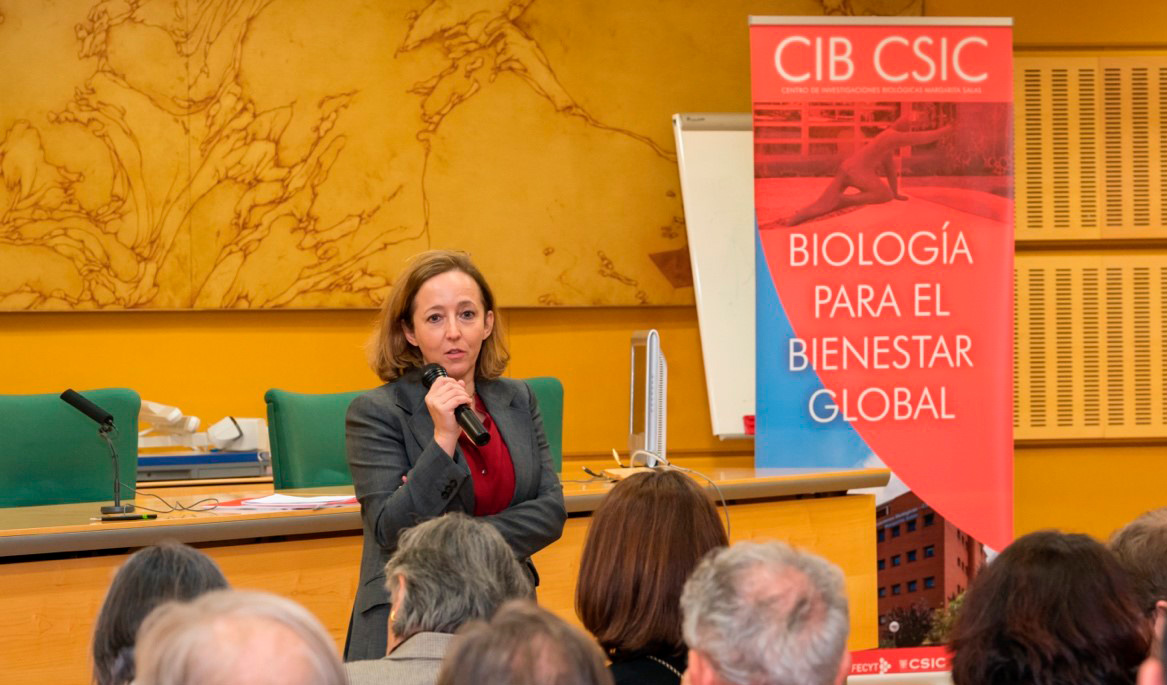 Last Monday, January 16, the president of the CSIC, Eloísa del Pino, visited the Margarita Salas Center for Biological Research. She was accompanied by her cabinet director, Isabel Martínez, her advisor, Isabel Varela, and the CSIC institutional delegate in Madrid, Marina Villegas.

They first met with the Director of the CIB, Enrique J. de la Rosa, the general manager of the center, Irene Pérez Redondo, and the vice-directors, Javier Cañada and Pilar S. Testillano. At that meeting, the director explained the peculiarities of the CIB Margarita Salas: its large size, its research areas, the interdisciplinary collaborations that are carried out to address complex problems in biomedicine and the environment, as well as the transfer and dissemination activities. 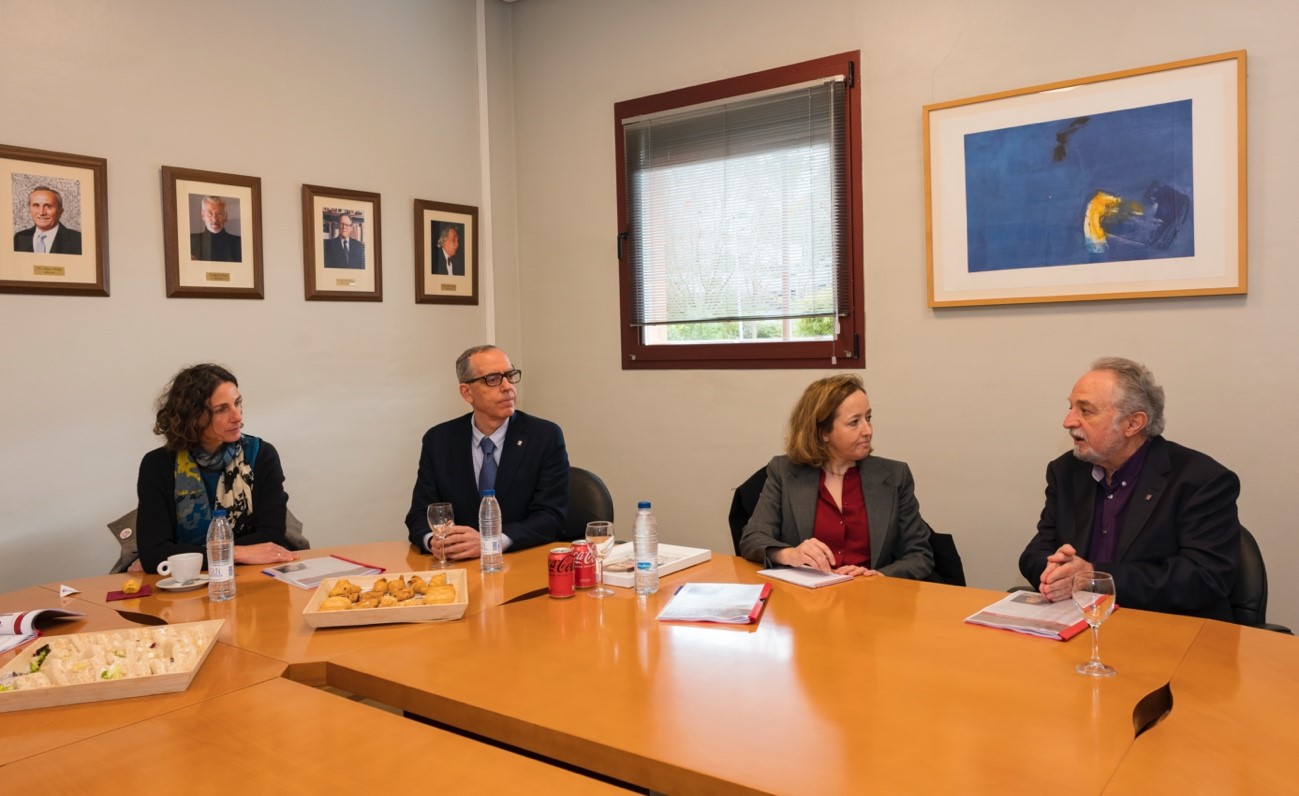 Then they visited the library, its facilities and the repository of scientific journals and books. Elena Tomé, in charge of the service, showed them the Marañón Legacy and the SEBBM's photographic archive, which are unique within the collection kept at the CIB Margarita Salas. 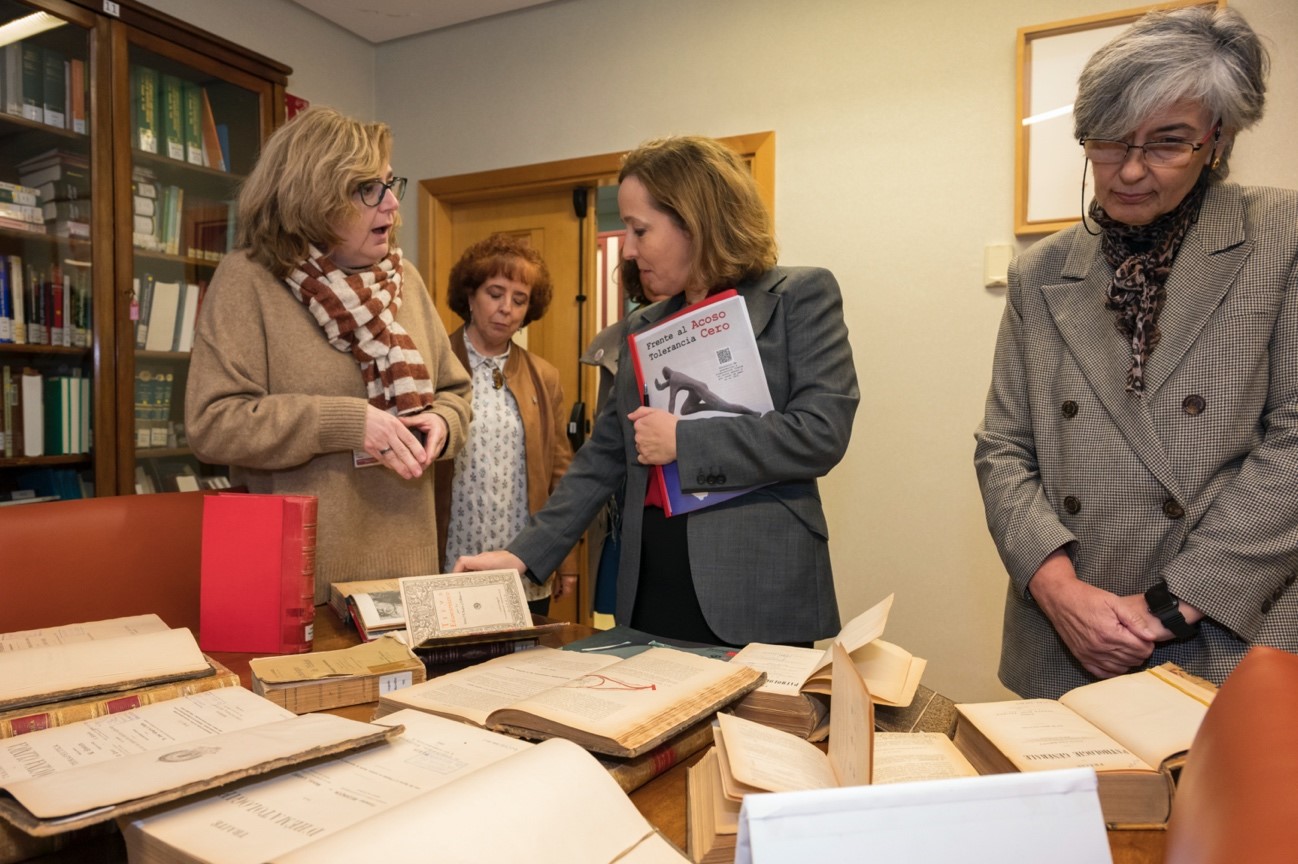 Finally, she had a meeting with the CIB Margarita Salas’ staff in the main lecture hall, in which she explained the actions which are being carried out by the new presidency team, being especially focused in the CSIC management contract, and answered questions from the researchers.

On Friday, January 20, she returned to the CIB to visit some laboratories that she could not visit on Monday due to the lack of time. She visited Prof. Auxi Prieto's group, who explained her research lines in bioplastics, and Prof. Vicente Larraga's group, who told her about recombinant DNA vaccines for canine leishmaniasis and SARS-CoV-2. 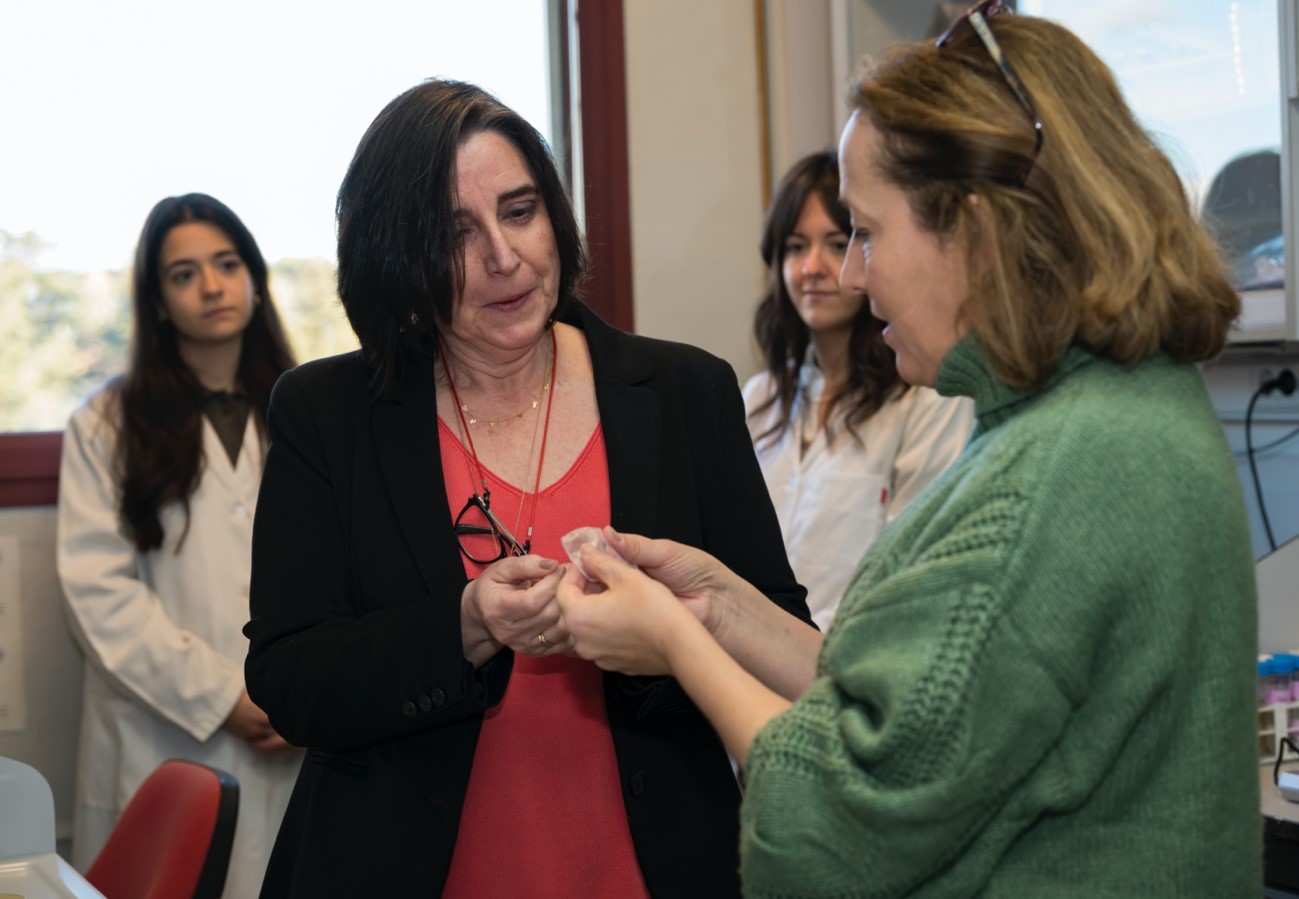 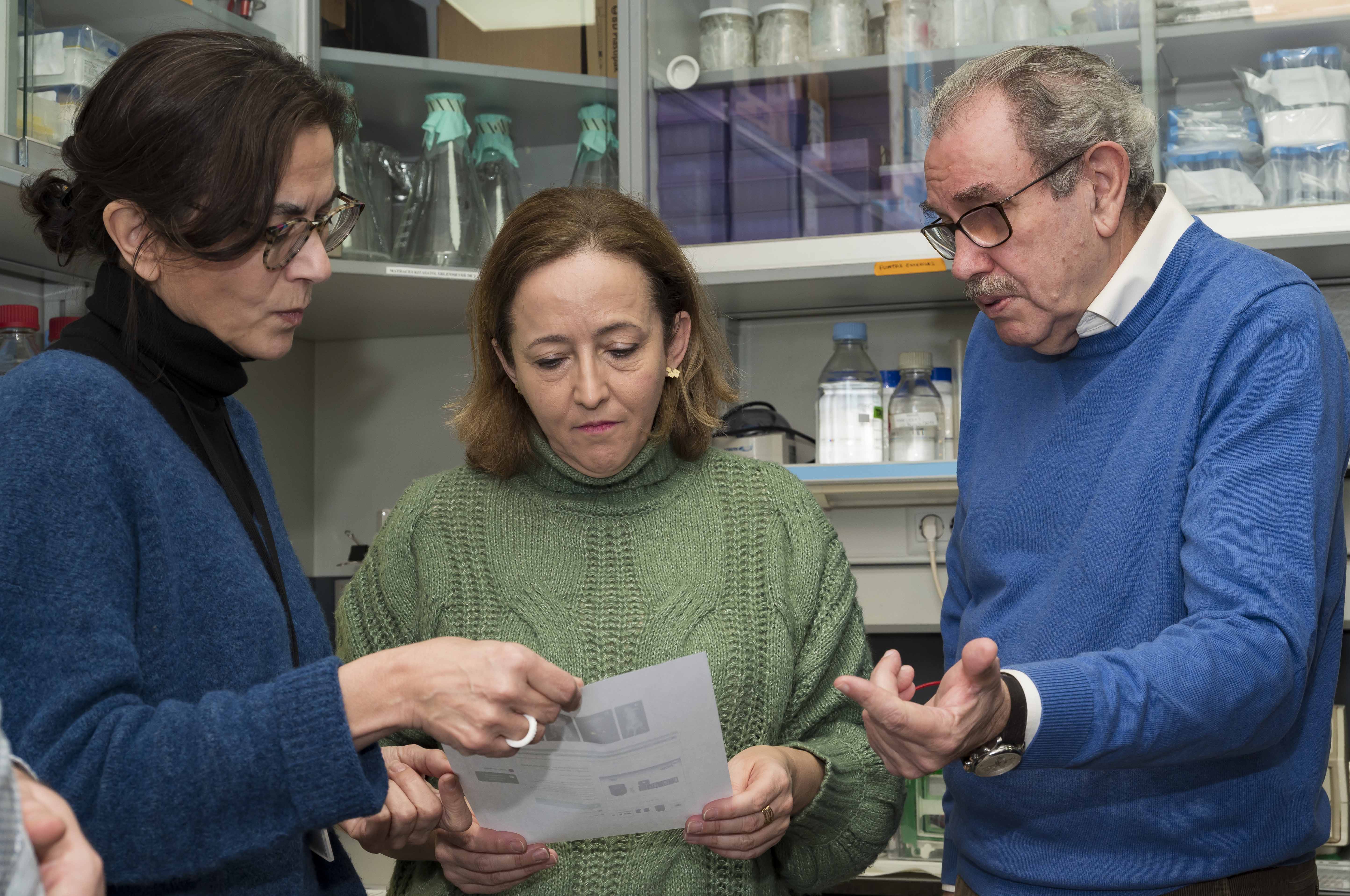