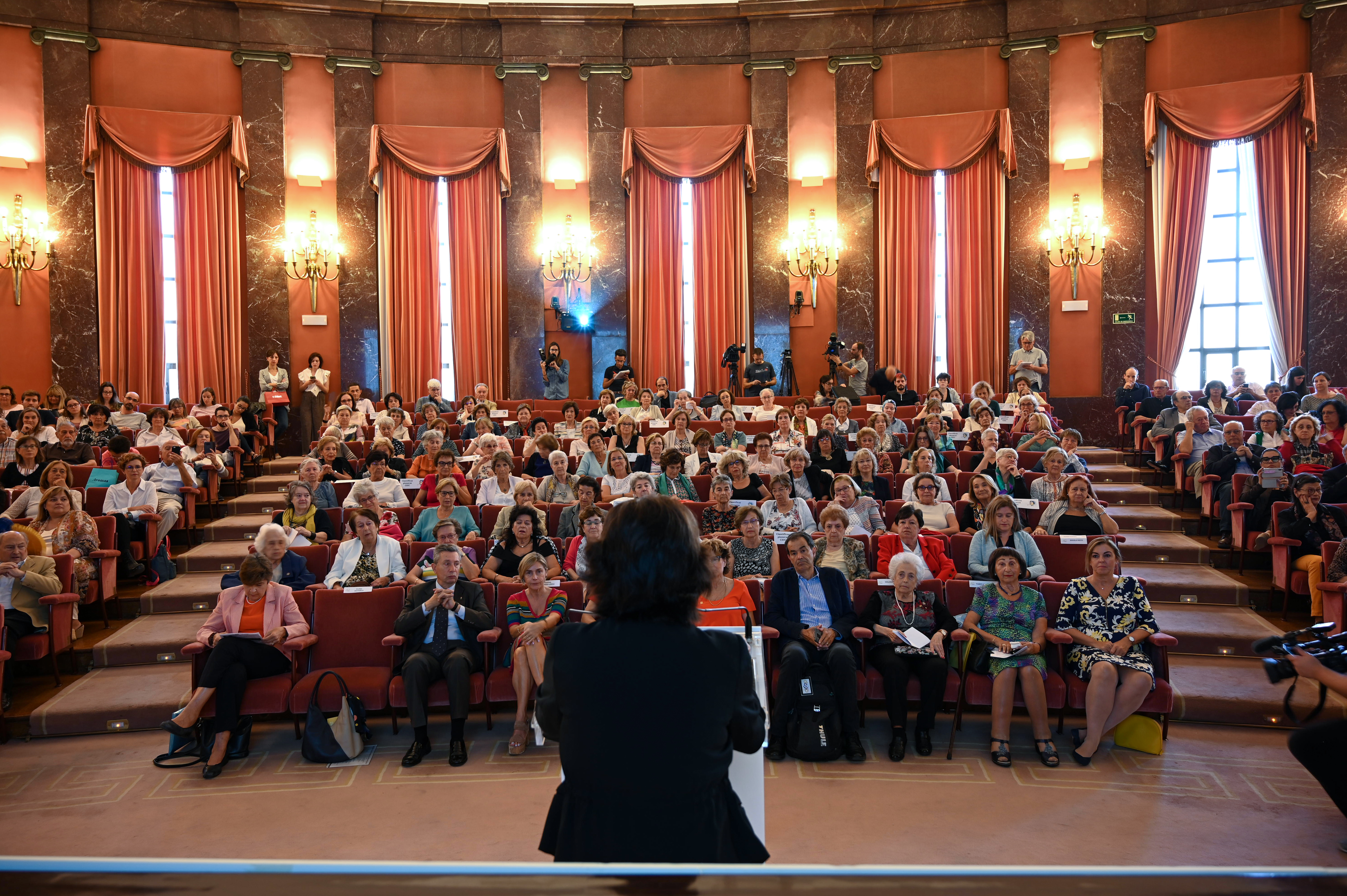 CSIC pays a tribute to its pioneer female scientists

The Spanish National Research Council (CSIC) organized last Wednesday, October 2nd, 2019 the special act of Homage to the pioneer female scientists of the CSIC, framed within the commemorative activities of its 80th anniversary. This event is the first one organized specifically for the women of this institution since its creation in 1939. This initiative, staged by President Rosa Menéndez is, as she herself affirms, “a debt” that the CSIC had with these women who undoubtedly marked science in Spain.

The event, attended by people from all autonomous communities, paid tribute to about 200 women who, with their work, encouraged, and continue to do so, the growth of Spanish science and that are an example today for new generations.

Flora de Pablo, researcher at the Centro de Investigaciones Biológicas (CIB), was responsible for conducting the tribute event by reviewing the role of women in the CSIC throughout its history first and introducing the other speakers later. Thus, she stressed that “shortly after birth, the data are from 1940, the CSIC was made up of 341 people, of which only 13.5% were women, but among them the female scientist did not reach a dozen, at that time scholarship holders, because the rest were administrative, auxiliary or cleaning staff…”. Certainly, there was an improvement in the next 6 decades, "by 1980, 24% of the scientific staff were already women, while in 2001 of the 2100 staff researchers, 31% were women."

The event agenda included a video in commemoration of the honored scientists, including those who are still carrying out their research work and those already retired or deceased. Two of these pioneers spoke on behalf of all their partners, Dolores Cabezudo, chemist, retired research professor at the former Institute of Industrial Fermentations, currently ICTAN, and Tarsy Carballas, ad honorem research professor at the Institute of Agrobiological Research of Galicia in Santiago de Compostela. 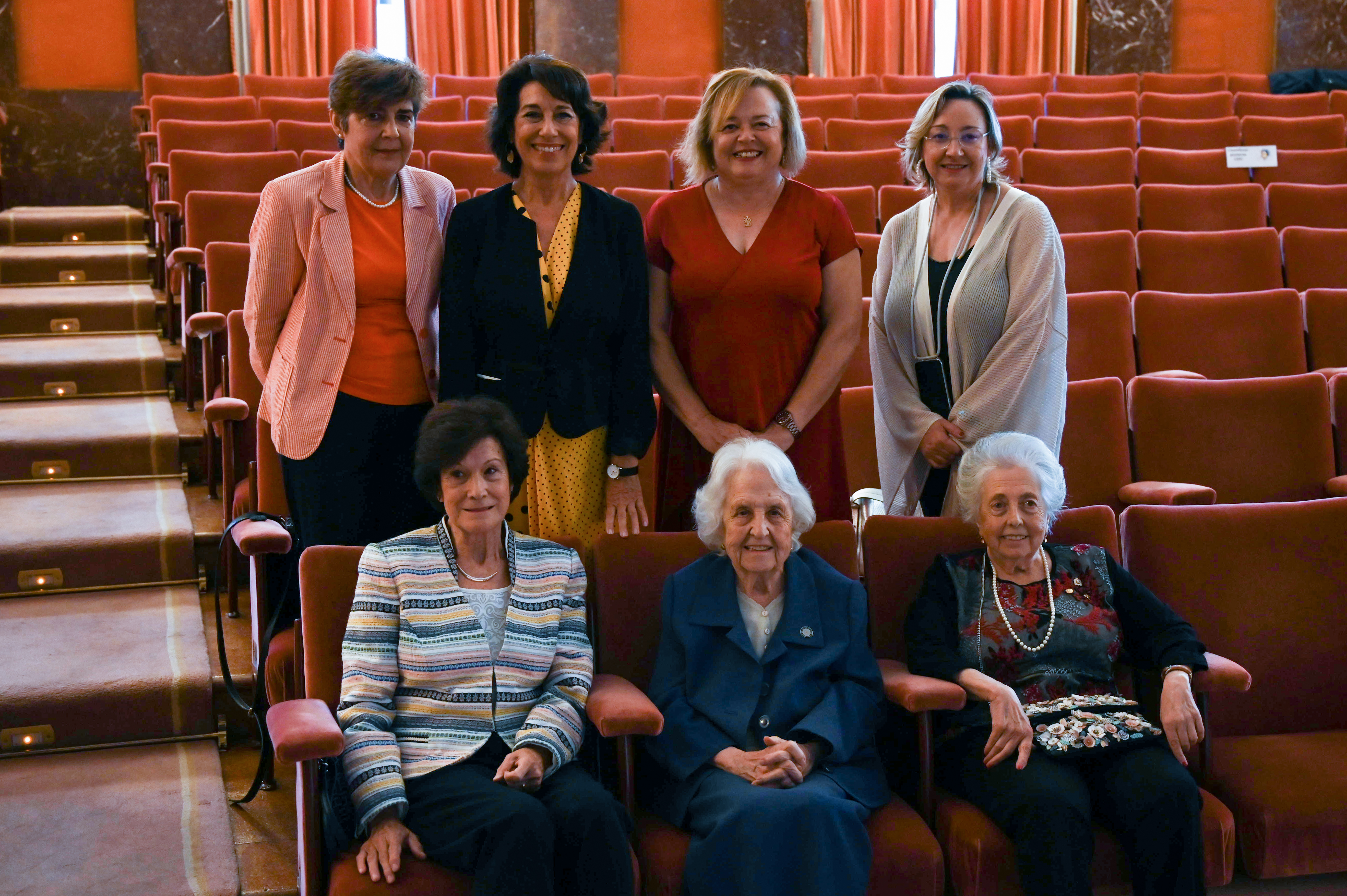 Among the group of honored pioneers, the profiles of some who worked at the CIB have stood out: Prof. Ad honorem Matilde Sánchez Ayuso, a biochemist who has focused her career in the study of the molecular basis of Alzheimer's disease, and those already deceased, Consuelo de la Torre (1937-2014), expert in the study of cell multiplication, and Carmen Gil Fernández (1929-2018), expert in virology and pioneer in the technique of cell cultures.

This emotional act has made clear the value that women contribute to scientific research and the support of the new presidency to this type of initiatives because, like Rosa Menéndez -also a pioneer as the first woman to preside over this institution- has affirmed at the closing ceremony: "This is not a one-day act, it is a commitment that we must keep."

Full video of the event: link
Video tribute: link
Excerpt from the presentation of the Pioneer Act of the CSIC, by Flora de Pablo: link.