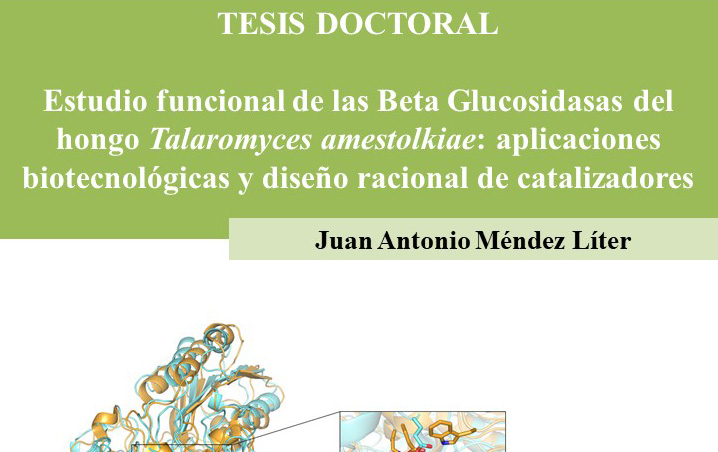 Juan Méndez, a postdoctoral researcher at the Biotechnology for Lignocellulosic Biomass group at the Margarita Salas Center for Biological Research (CSIC), has received the 2020 Best Doctoral Thesis Award in the field of carbohydrates, awarded by the Specialized Group on Carbohydrates (GEHIC) of the Spanish Royal Society of Chemistry (RSEQ).

His thesis "Functional study of the Beta Glucosidases of the fungus Talaromyces amestolkiae: biotechnological applications and rational design of catalysts", presented at the Complutense University of Madrid in February 2020, has been awarded ex aequo together with the thesis of Ismael Compañón Pérez (University of La Rioja), entitled "Molecular Recognition of Tn Antigen Analogs as a Basis for the Design of Therapeutic Vaccines against Cancer". Both theses were highlighted by the jury for their excellent scientific level and will be presented in a virtual scientific conference that GEHIC will organize in the coming months.

This award is convened annually to reward the best thesis read during the previous year in the field of Carbohydrates. The winners are awarded a prize of 1000 €, and they were selected by a jury appointed by the Board of Directors of GEHIC, made up of Dr. Ana María Gómez (IQOG-CSIC) and Drs. Antoni Planas (Ramon Lull University), Jesús Angulo (IIQ, CSIC-University of Seville) and Omar Boutureira (Rovira y Virgili University).

Juan Méndez's doctoral work carried out at the CIB under the direction of Dr. María Jesús Martínez and Laura Isabel de Eugenio, focuses on the study of the three main Beta-glucosidases produced by the fungus T. amestolkiae, robust enzymes that play an essential role in the transformation of cellulose, and are capable of acting both in hydrolysis reactions and in the synthesis of glycosides with potential interest in different technological sectors.

Plant biomass represents an important renewable source of raw material since its cell walls constitute the majority of the carbon fixed by photosynthesis. These cell walls are mainly composed of cellulose, hemicellulose, and lignin. The degradation of the latter is key to using the polysaccharides of the plant cell wall, but it is also essential to find effective enzyme complexes for the complete hydrolysis of cellulose and hemicellulose, and thus be able to use all the carbohydrates they contain in different biotechnological applications. With regard to cellulose, the main component of the plant cell wall, its saccharification into glucose monomers, with a view to obtaining biofuels, and its conversion into high added value products is of industrial interest. In nature, there are numerous organisms capable of successfully taking advantage of cellulose, filamentous fungi being the main source of these enzymes for commercial use, as they are characterized by their high productivity and catalytic efficiency, compared to other microorganisms. There are three types of cellulases, which act in a coordinated way to break down cellulose to glucose molecules: endoglucanases, cellobiohydrolases, and Beta-glucosidases. Although all are necessary for enzyme cocktails, the greatest efforts in recent years have focused on discovering new Beta-glucosidases, since they represent the key step for the saccharification of cellulose. 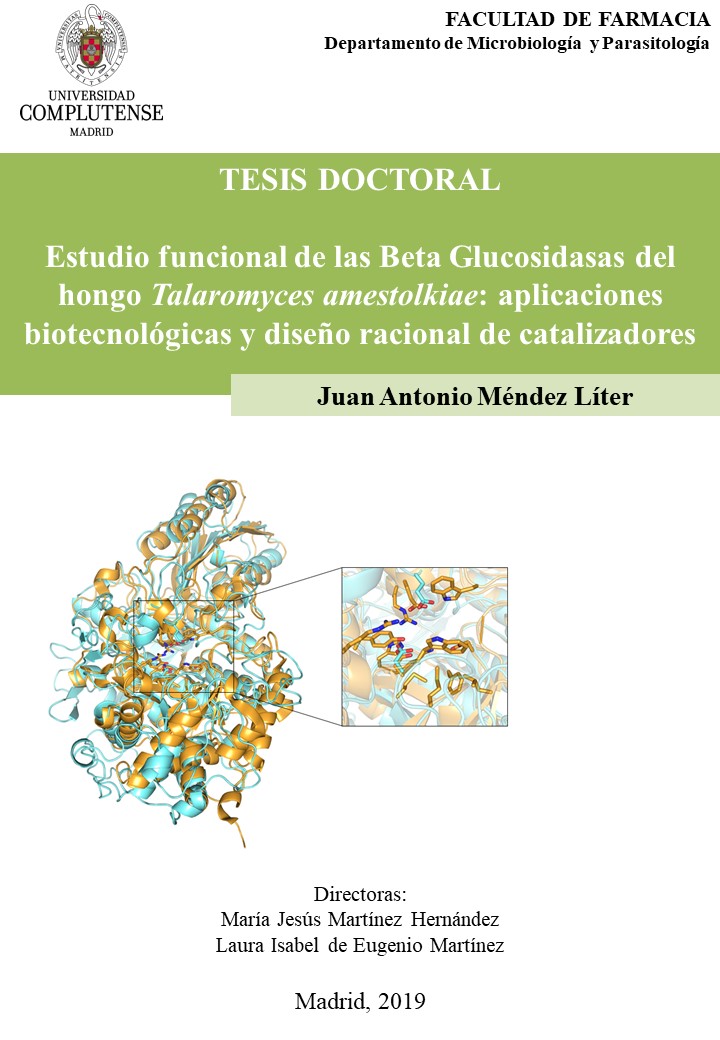