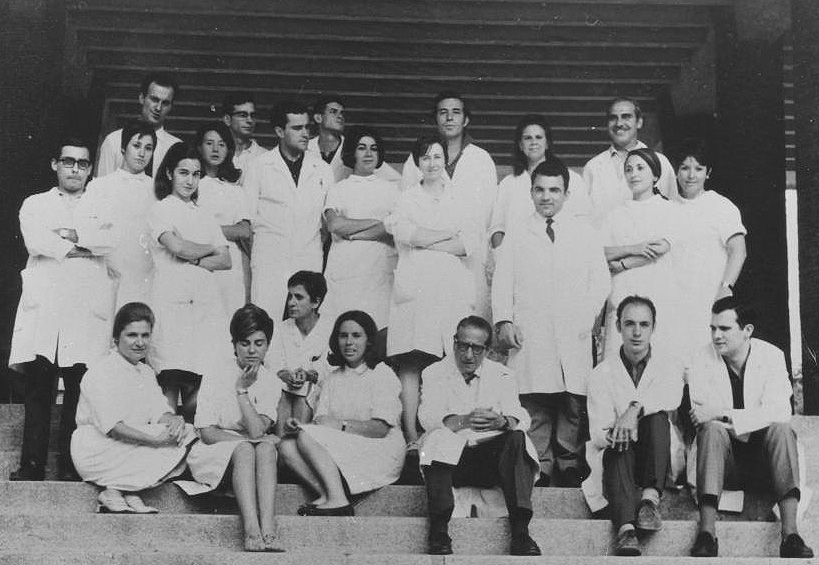 Yesterday, November 7th, Margarita Salas passed away in Madrid at the age of 80, an exceptional and tireless scientist who was still active, as Professor Ad honorem, in her laboratory at the Severo Ochoa Molecular Biology Center (CBMSO).

Graduated in biochemistry, this Asturian born in Canero in 1938, developed her doctoral thesis between 1961 and 1964 in Alberto Sols' group in the Velázquez street building where the Biological Research Center (CIB) was based since its foundation in 1958. Later, she made a postdoctoral stay at the Severo Ochoa laboratory in New York, together with her husband Eladio Viñuela, returning to Spain in 1967 to work again at the CIB, where she created in 1969 the Molecular Biology Section that in 1971 it would become the first department of Molecular Biology in Spain.

Margarita Salas developed her research work at the CIB for a decade, until 1977, when, together with Eladio Viñuela and other members of the CIB, she moved to the newly opened CBMSO, mixed center of the CSIC and the Autonomous University of Madrid, the first research center in this discipline that opened in Spain, and where she led for decades one of the most productive research groups in the country. Dozens of Spanish researchers who currently hold important scientific positions were formed with her.

Her life-long research was focused on the study of the bacteriophage phi29, a virus with a specific way of replicating its genetic material and that allowed Margarita to discover important molecular mechanisms of action of its polymerase, the molecule responsible for DNA replication of the virus, a finding that has had an important application in biotechnology and biomedicine giving rise to a series of international patents on the use of this polymerase in genetic engineering. In fact, and to this day, the European patent obtained in 1989 by the National Spanish Research Council (CSIC) thanks to Margarita Salas' work with the phi29 virus is the most profitable of all Spanish and the one that has given CSIC, an institution where Margarita worked all her life, half of the income it received for all the patents registered during its term.

Margarita Salas also dealt with the situation of women in science. She herself recognized that it had taken a while for her to be aware of the gender biases that occur in the field of research and once she was, it was common to hear her explaining how she had suffered sexism at the beginning of her career and making visible and claiming the role of the scientists.

Margarita Salas obtained important awards for her career and was the first Spanish member of the American Academy of Sciences and also the first scientist who entered the Royal Spanish Academy. She has been named honorary doctorate by more than a dozen universities, won the King Jaime I Prize, the Santiago Ramón y Cajal National Research Prize and the UNESCO L'Oreal Prize for Women in Science, as well as, last June in Vienna, the European Inventor Prize awarded by the European Patent and Trademark Office.