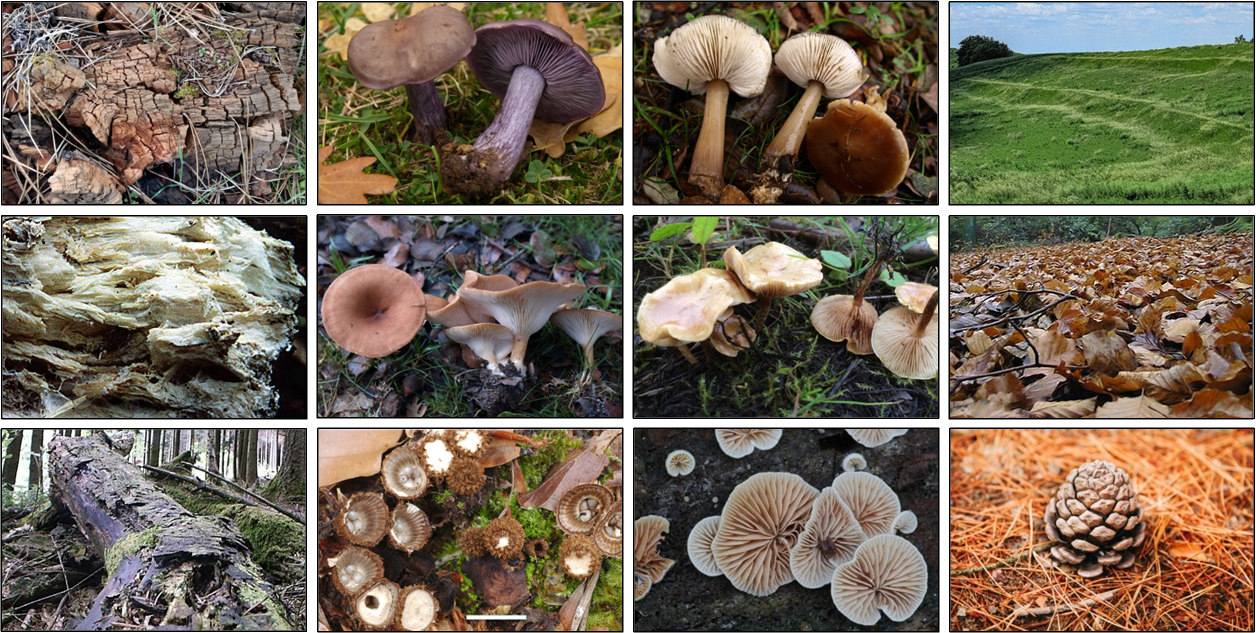 A recent study published by the group of Francisco Javier Ruiz-Dueñas and Ángel T. Martínez in Molecular Biology and Evolution explains the evolution of the lifestyle diversity for plant biomass degradation which is typical of an important group of saprotrophic fungi. The investigation is the result of an international collaboration led by the above researchers from Centro de Investigaciones Biológicas Margarita Salas (CIB-CSIC) and José M. Barrasa, from Universidad de Alcalá.

During the last years, different “omic” studies have shed light on the two strategies used by the main fungi causing wood decay, belonging to the order Polyporales, that allow them to overcome the lignin polymer barrier and access plant polysaccharides. However, few studies have tackled fungi from the order Agaricales, despite their ability to grow on a variety of lignocellulosic substrates, including not only different types of wood but also leaf-litter and grass-litter, and more specific ones.

Ruiz-Dueñas et al. approached the evolutionary study of the different lifestyles of these fungi through the analysis of 52 fungal genomes, 14 of them sequenced for this work by the Joint Genome Institute from the United States Department of Energy.

Apart from confirming the huge diversity of lignocellulolytic enzymes present in Agaricales, compared to other lignocellulose-degrading fungi, the study has further demonstrated that the species sharing the same lifestyles also share similar lignocellulolytic machinery, irrespective of the phylogenetic relationships existing among them.

Taking into account the above information and based on genomic data, they used computational tools to reconstruct the composition of the enzyme sets responsible for plant biomass degradation in the ancestors of extant species. Furthermore, using machine learning algorithms, the lifestyle of such ancestral species has been predicted as a function of their enzymatic inventory composition.

The study shows that changes produced in these machinery during the last 170 million years contributed to increasing the ability of the ancestral species to grow on different lignocellulosic substrates. In this context, several oxidoreductase enzymes involved in cellulose and lignin degradation, and especially ligninolytic peroxidases, appear as key distinctive components of the different lifestyles, as shown also by their high evolutionary rates and the widespread presence of new types of peroxidases in Agaricales. In fact, the evolution of peroxidases, analyzed by ancestral-sequence reconstruction, revealed up to eleven evolutionary pathways that have led to the large diversity of these enzymes in extant species.

This piece of work significantly expands our knowledge about the evolution of plant biomass-degrading fungi, a type of microorganisms that play a central role in the global carbon cycle and constitute valuable biotechnological tools for lignocellulose biorefineries, which are intended to contribute to the development of a sustainable bioeconomy. Moreover, this study goes beyond classic “omic” analyses, given that for the first time a machine learning approach is used to predict the ecology of ancestral species and reconstruct the evolutionary history of the lifestyles related to lignocellulose degradation in nature.

This research is the result of a collaboration project of the Joint Genome Institute from the US Department of Energy, with the participation of 12 groups from different European and American universities and research centers, coordinated by the aforementioned CIB-CSIC and UAH.