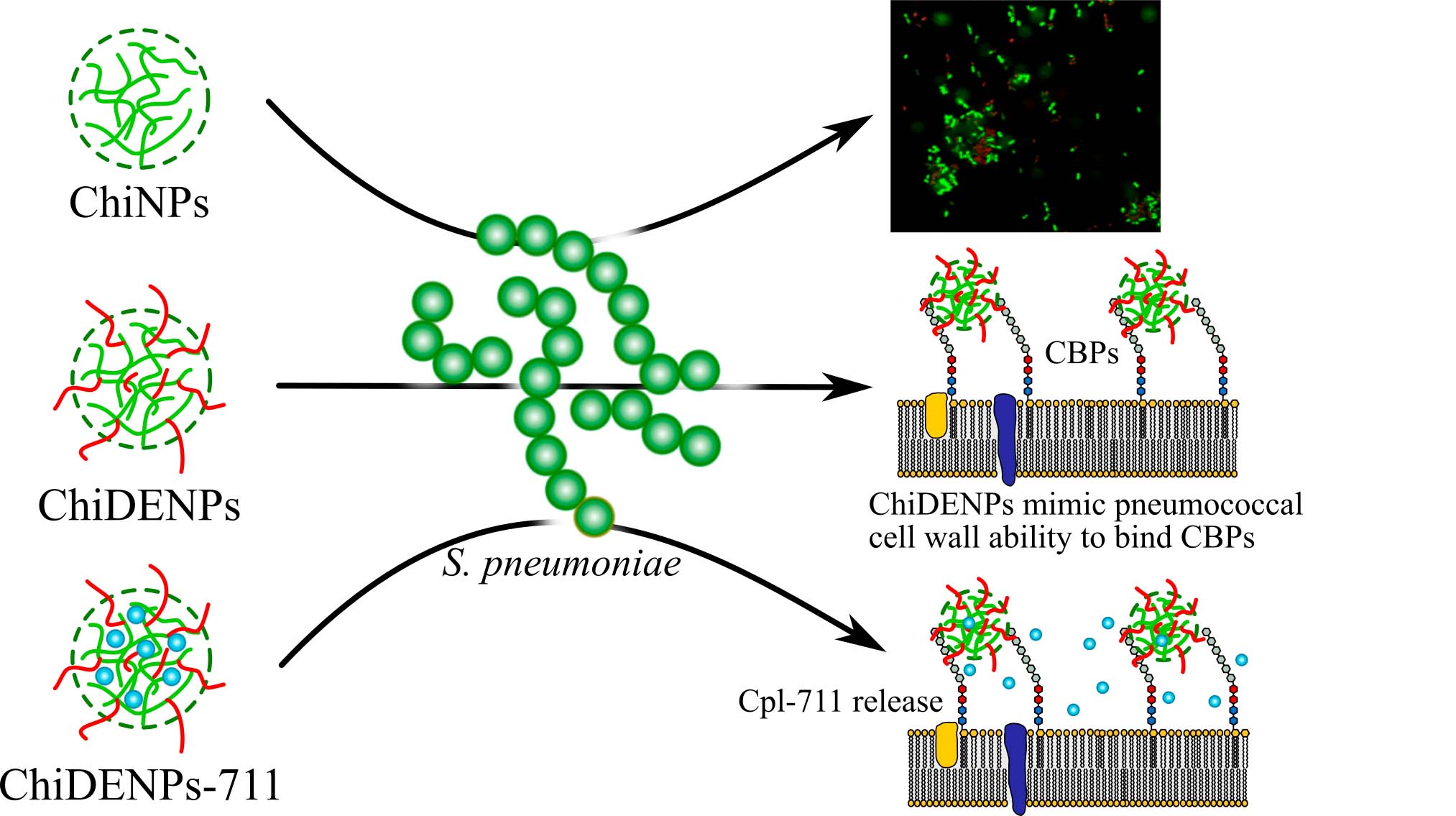 Phage (endo)lysins are enzymes that break down the bacterial peptidoglycan at the end of the lytic cycle. When these lysins are added exogenously kill susceptible bacteria and are called enzybiotics. Current interest in this field of research has derived towards the formulation of lysin-based preparations in which certain properties relevant for clinical applications are enhanced, such as an improved bioavailability and in vivo half-life.

This novel generation of enzybiotics has been labeled as a ‘third generation’, and in this article lysins with high activity and specificity against pneumococcus are combined with biomaterials that are specifically designed to interact and release the enzybiotic in a controlled manner.

Based on the Streptococcus pneumoniae surface structure, which is decorated with choline residues that serve as anchorage for physiologically relevant Choline Binding Proteins (CBPs), Vazquez et al. synthesized a new chitosan-based polymer grafted with diethylaminoethanol (DEAE) moieties, which can act as a structural and functional analog of choline. These nanoparticles (ChiDENPs) were able to specifically bind CBPs.

The work shows that the treatment of pneumococcal cultures with ChiDENPs provoked the chaining of the bacterial cells because of the competitive inhibition of housekeeping CBPs responsible for daughter cell separation. Additionally, those chained pneumococcal cells have been shown to be better removed by phagocytosis, which could constitute an alternative, non-lytic approach to fight pneumococcal infections.

In addition, ChiDENPs were also able to bind choline-binding enzybiotics, such as the anti-pneumococcal Cpl-711, rendering ChiDENPs-711. These nanoparticles loaded with Cpl-711 have been shown to sustainably release the cargo, at 37°C, in a 3-hours period. This time span has the potential to increase the systemic in vivo half-life of lysins, which has been reported to be in the range of 20-60 minutes. Additional experiments also demonstrated that the released enzyme still retained bactericidal activity against S. pneumoniae.

Taken together, this study has provided evidence on the potential of ChiDENPs to be used as an antimicrobial itself or as a scaffold for the production of advanced antimicrobial products, based on its structural resemblance to pneumococcal cell walls.