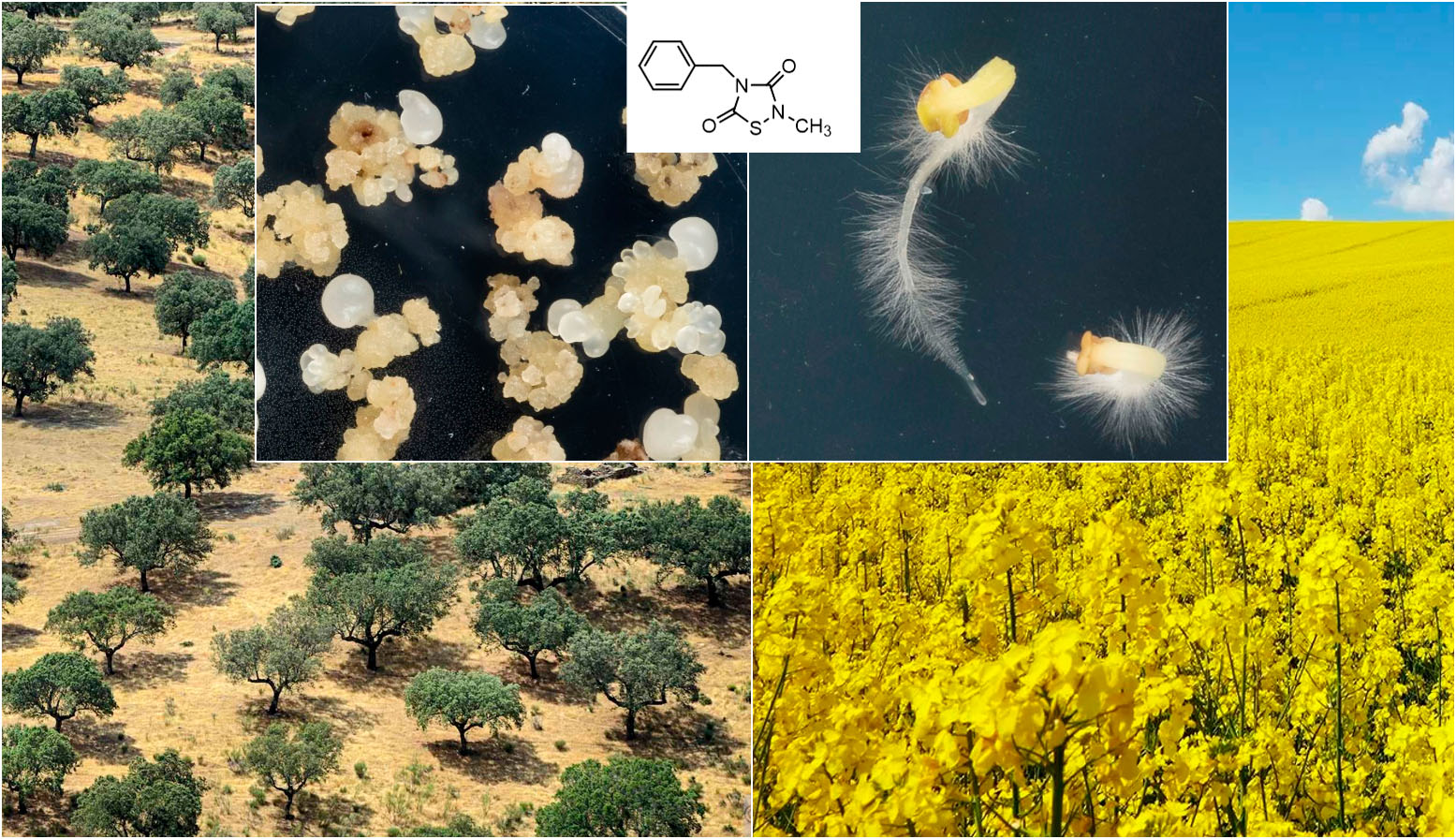 A work recently published in the Journal of Experimental Botany by the group led by Dr. Pilar S. Testillano at the Margarita Salas Center for Biological Research, in collaboration with the experts in biological chemistry, Drs. Ana Martínez and Carmen Gil, demonstrates for the first time in plants that certain small molecules which inhibit the enzyme glycogen synthase kinase 3β (GSK-3β) of mammals increase the rate of cell reprogramming and the production of somatic embryos in several crop and forest species, specifically in rapeseed, barley and cork oak.

In vitro plant regeneration techniques, such as somatic embryogenesis, are essential in biotechnology and agroforestry improvement, for the development of new varieties and the propagation of trees that are more productive and resilient to environmental changes. These techniques allow “elite” individuals with superior traits to be clonally propagated, to produce double-haploid plants from pollen to accelerate breeding programs, and to regenerate whole plants after gene editing or transformation. This technology is based on the reprogramming of somatic cells to produce embryos capable of germinating and regenerating plants. However, somatic embryogenesis is very inefficient in many species of economic interest, which limits the exploitation of this technology.

Synthetic GSK-3β inhibitors, initially designed for therapeutic treatments of various neurodegenerative diseases, had shown positive effects on neural stem cell reprogramming and neurogenesis in vivo in humans. Berenguer et al. demonstrate for the first time its potential in the in vitro embryogenesis of plants.

The results of the study show that these molecules activate the brassinosteroid signaling pathway, probably through the inhibition of GSK3-BIN2, and induce the expression of embryogenesis genes, such as FUS3, LEC2, and AGL15, and that of auxin biosynthesis, such as TAA1.

These pioneering discoveries constitute a technological innovation of great interest to the agro-biotechnology sector and open the way to new strategies for the in vitro regeneration of plants using GSK-3 inhibitors, which could be extended to many other species of agronomic and forestry interest. The finding has given rise to a patent for which several companies in the agro-biotechnology sector have already shown interest.