One of the major hallmarks of cancer cells is a deficient ability to undergo cell death, particularly apoptosis. A deficient apoptosis response in cancer cells increases their malignancy, favoring accumulation of mutations and rendering tumor cells resistant to therapy. This implies that a therapeutic potential for cancer treatment may lie in potentiating apoptosis. Thus, apoptosis-targeted therapy can be a new and effective way to kill tumor cells. In this regard, we have found that death receptors as well as downstream signaling molecules are recruited into lipid raft membrane domains upon addition of some anticancer drugs, thus acting as the linchpin from which a potent apoptotic response is launched, and linking lipid rafts and cancer chemotherapy. Co-clustering of death receptors and membrane rafts regulates apoptosis and constitutes a novel anticancer target. In addition, lipid rafts act as scaffolds for additional proteins involved in dictating cell fate, leading to apoptosis or survival. Translocation of Fas/CD95 death receptor into membrane rafts can be rendered independently of Fas/CD95 ligand, thus opening new prospects for pharmacological intervention. Furthermore, additional subcellular structures, particularly mitochondria and endoplasmic reticulum, play a major role in regulating cell death, and thereby can also be targets in cancer therapy. The antitumor compounds collectively known as alkylphospholipid analogs (APLs) are the first lipid raft-targeted drugs that promote apoptosis in a number of cancer cells both in vitro and in vivo. The antitumor ether lipid edelfosine, considered as the prototypic APL molecule, induces apoptosis through a raft-mediated process in several hematological cancers as well as through an endoplasmic reticulum stress response in solid tumor cells. Both signaling routes involve mitochondria as a critical organelle in the cell death outcome. In addition, we are interested in understanding the role of inflammation in cancer, and how arginase, highly abundant in neutrophils, affects cancer development. 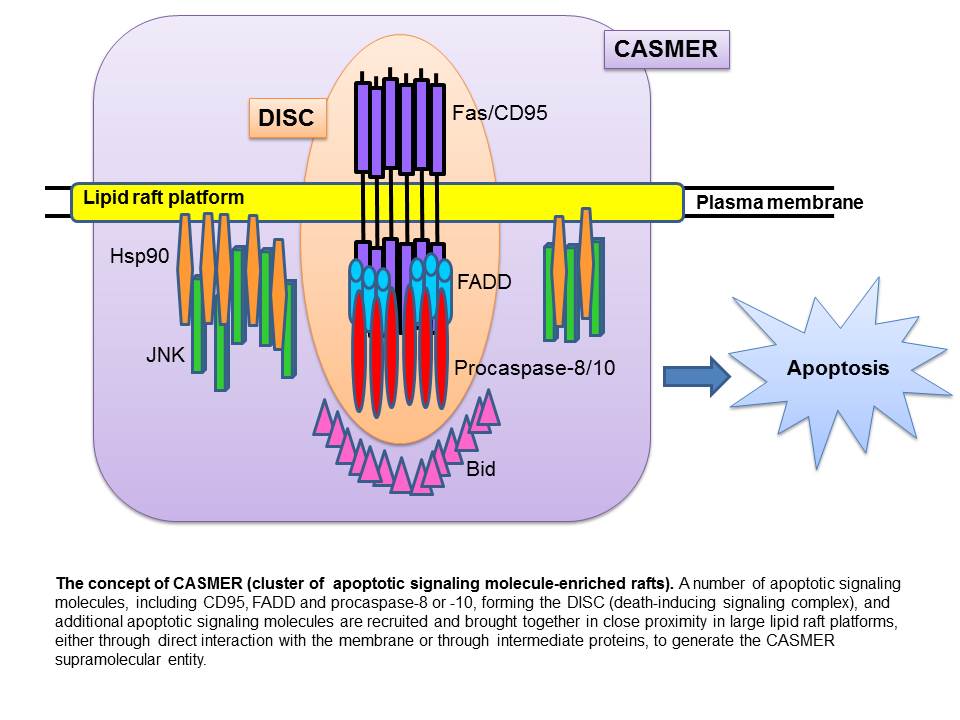